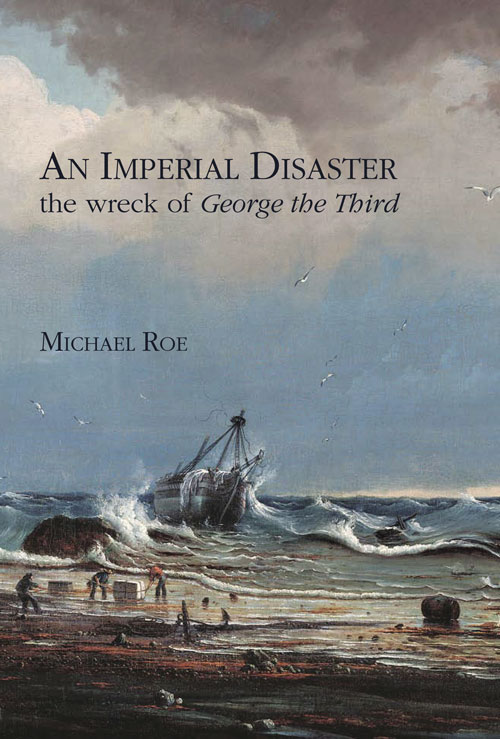 An Imperial Disaster : the wreck of George the Third.

750 copies; x, 294pp, coloured frontis, b&w illustrations, maps. Cloth with pictorial dustwrapper. A fine clean copy. ISBN 0908528329 ***On 12 April 1835 the convict transport George III, with a cargo of over 200 prisoners, entered D’Entrecasteaux Channel in Van Diemen’s Land after a four-month voyage from England. That night it struck a submerged rock and became a total wreck. The death toll was 133, all but six of whom were convicts. Almost half the convicts who died were in hospital suffering scurvy, and had little chance of escape from the rapid flooding of the ship’s lower reaches. The circumstances of most of the other deaths never became clear, but one certain fact was that the ship’s military guard restrained the surviving convicts from coming onto deck, and that two men were shot dead in this exercise. The repercussions of this event were felt in both the colony and the mother country – it was indeed an imperial disaster. Official voices at the time tended to present the tragedy as an ‘unavoidable accident’, but Michael Roe argues that the wreck was not a matter of bad fortune; it was a consequence of the neglectful policies of the imperial and Vandiemonian governments.

Title: An Imperial Disaster : the wreck of George the Third.

An Imperial Disaster : the wreck of George the Third.